The long awaited Hip Hop highest paid Artists list is out for 2017 and was released by Forbes magazine.
The Forbes magazine list out top 20 highest earners in world Hip Hop music. Daddy rank as number one camp on the list. 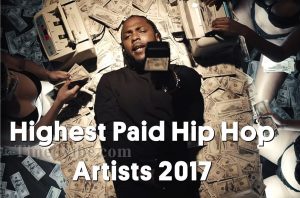 Sean comb crown as tops the coveted list, once again this year, coming in a whopping $130 Million Dollars.
Diddy’s deals with Ciroc vodka and DeLeon tequila create a big chunk of mogul’s earning including income from his Bad Boy Reunion tour, and added with the sale of his biggest Sean John clothing line that estimated total of $70 million.
Champagne Papi, Drake, appears in a close second, raking up a total of $94 million with successful of his Boy Meets World Tour.