Star Roberto Firmino Liverpool Fans Made Me Cry Last Night when his club hosted Manchester city. A player who love the club and the supporters so much goes to Bobby. Liverpool supporters won’t forget last night’s historic Champions League win against Manchester City a club who never lost in the premier league apart from Liverpool.
I wasn’t supprised becuase is only Liverpool who knows how to play Manchester City so it was a dream come through for Jurgen Klopp’s side. Salah bagged his 38th goal of the season after 12 minutes.
Alex Oxlade-Chamberlain also scored in 21 minutes before Sadio Mane made it 3-0 in just 31 minute.
Another magnificent European night at Anfield. Liverpool warn every one to make sure they finish the job in Manchester.

However, Salah spent some time in a hyperbaric oxygen chamber to help with his recovery from the knock he got in last night’s 3-0 win over City, apparently it’s used to help reduce swelling, facilitate healing and reduce fatigue
“The fans pushed us on to get over the fatigue. They were amazing & played a big part in pushing us forward so much. They helped us a lot especially in moments when it gets harder, when you have to stick together. The fans they push you on to go over that point where it hurts. On the way to the stadium when you see the fans supporting you like this, you want to pay back and show them everything you can.” 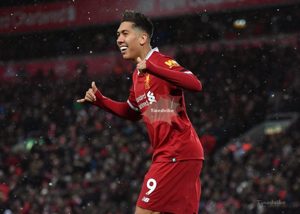 Followed the incident that happened, Liverpool fans throwing bottles at the vehicle with the statement that the bus was rendered undriveable and a replacement was sent. They can only charged the club but can’t change the defeat.
Roberto Firmino said that he was inspired by the scenes before the kick-off – so much so that he cried.
On the bus i was reading how the reception was going to look like” Firmino told ESPN Brazil yesterday.
I must say, my eyes was full of tears! it was very touching for me. It gave me and the players more strength to fight till the end on the field. The most important thing is the win, we played well and win the game.